Samson's eighth and most recent full-length outing. This is the American first edition. 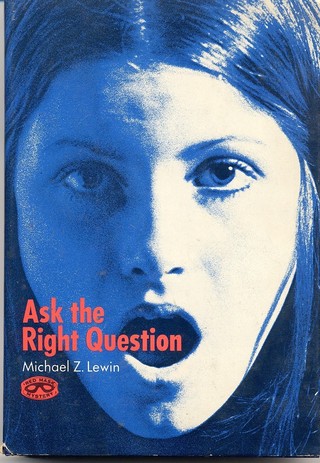 The first edition of the first Albert Samson novel: exciting stuff, at least for me. I never did know who the girl on the cover was. 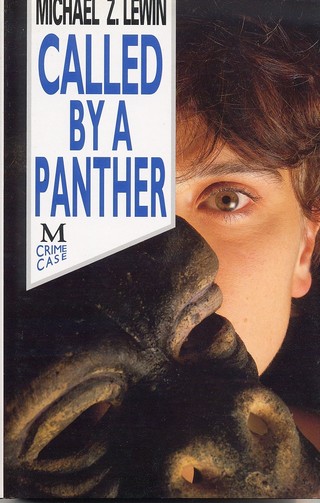 But the face on the cover of this UK hardcover was a then-PA who went on to be a top fiction editor with Macmillan. 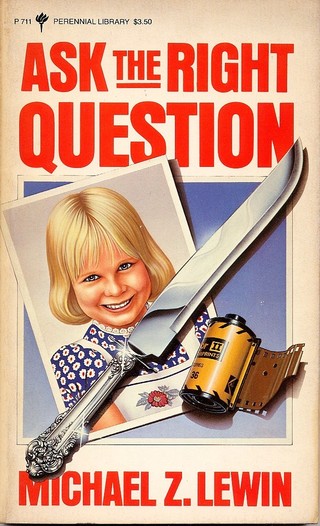 Not all the editions of the Samson books seem to have much gravitas. 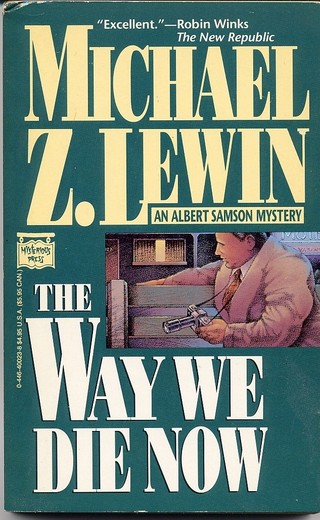 The second book was inspired by a newspaper story I read about a Vietnam veteran. 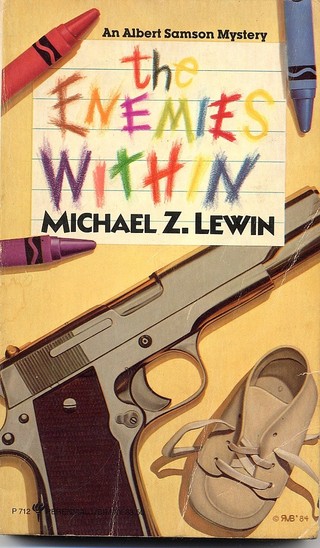 Can you tell that this is partly set in Kokomo, where my mother grew up? 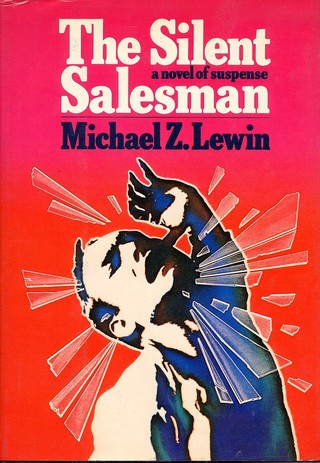 This is the US first edition. 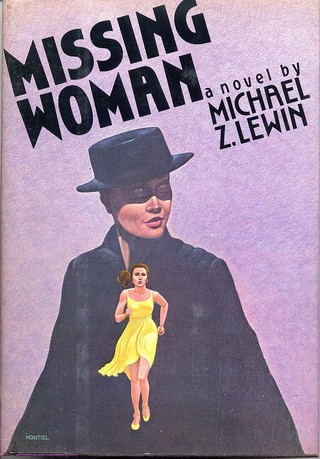 This too is the cover of the US first edition. Much of the book is set in Brown County in southern Indiana though it also has a scene or two in Muncie. 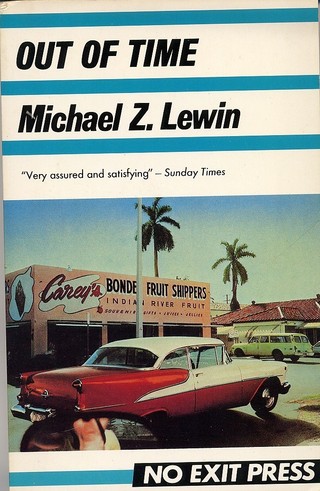 OUT OF SEASON was called OUT OF TIME in the UK. But not many British readers would recognize Indianapolis by its palm trees. 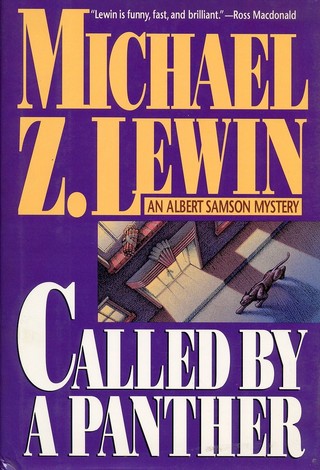 This is the US first edition.

EYE OPENER and the earlier Albert Samson novels - ASK THE RIGHT QUESTION, THE WAY WE DIE NOW, THE ENEMIES WITHIN, THE SILENT SALESMAN, MISSING WOMAN, OUT OF SEASON, CALLED BY A PANTHER

The character, Albert Samson, was in fact born in Los Angeles in 1969. I was visiting my mother - showing off my first child - and my then-wife and I rapidly ran out of the things we could do for free. My mother and my wife liked mysteries, so I decided to write a humorous little story to entertain them.

The story didn't get finished during the visit, but I enjoyed writing it. So when we went back to New York I carried on with it. And gradually it story grew into ASK THE RIGHT QUESTION. Not entirely humorous and not so short.

Now, all these years later, comes EYE OPENER. Samson lost his license to be a private detective at the end of CALLED BY A PANTHER. The loss hit him hard and in ways he hadn't quite expected. He didn't take it well. And he didn't spare those near and dear to him.

But in EYE OPENER the dark years end. Early on, Albert gets his licence back. His life is transformed, reformed. He wants back into fray. He calls in someone to repair his neon sign (consequences there...) He calls former clients. And eventually he calls the guy who took his license away in the first place: his oldest friend, Indianapolis police lieutenant Jerry Miller.

The intervening years have been dark ones for Albert. But he's also realized just how important working as a detective is to him. He doesn't feel complete doing anything else. So that's why he's persevered and, finally, he is back in business.

But now that the cloud has lifted he begins to see that things have been going on with his nearest and dearest that he didn't notice, or appreciate. Why is a neighbor kneeling to his mother? Why is his daughter, Sam, doing nothing for her future. And as for the woman who's been his "woman friend" in all the previous books... Well!

Well indeed. But it's also a time for him to apply himself to getting back to work, getting some clients. First things first: turn on the neon sign that advertises his wares to the passing public. But the sign has suffered in the intervening years too - it's pictured on the cover of the book.

And when he finally does get a case it's working for the defence on a case Jerry Miller cracked. What is that about...?

EYE OPENER
“…It's an emotional roller coaster-- bemused chuckles follow closely on the heels of horrified gasps--but it's not to be missed.”
Wes Lukowsky, The American Library Association

CALLED BY A PANTHER (Winner of a “Marlowe” in Germany)
“…so amusing, the wonder is that it also works so well as a thriller… Fast, funny and brilliant.”
Tom Nolan, The Wall Street Journal

OUT OF SEASON OUT OF TIME in the UK
“…[Ross] Macdonald followers who want to switch will find Lewin devises more intricate plots and peoples them with more interesting characters… They’re going to enjoy Lewin’s way of giving even the most minor of characters vivid and unstereotyped personalities.”
Tony Hillerman, Washington Post Book World

THE ENEMIES WITHIN
“Lewin has brains and style, and that’s why the story is such a good one.”
Dorothy B. Hughes, Los Angeles Times

THE WAY WE DIE NOW
“Lewin writes with style and sensibility and wit. He has a fine poetic sense of detail that lights up every page. He can frighten the reader too.”
Ross Macdonald

ASK THE RIGHT QUESTION (Edgar nominated)
“Characters are finely drawn, plotting is logical, details are well worked out. You can be sure that we’ll be seeing more of Mr. Samson.”
New York Times Book Review