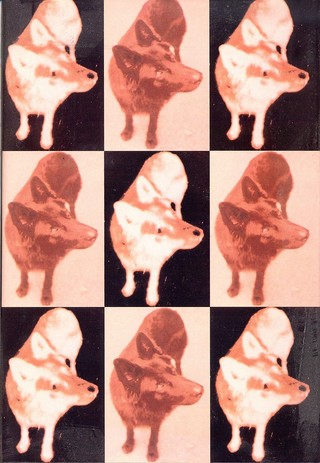 What's missing from the cover of this UNDERDOG hardback first edition? Oh, you mean you'd want to know the title and the author? 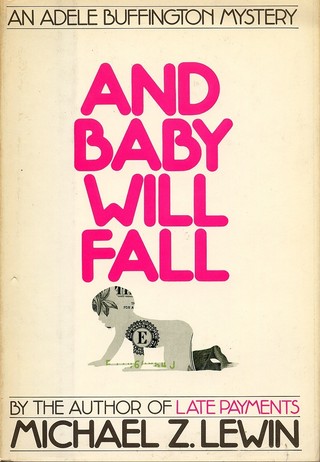 This was the first hardback edition of the book, in the US. 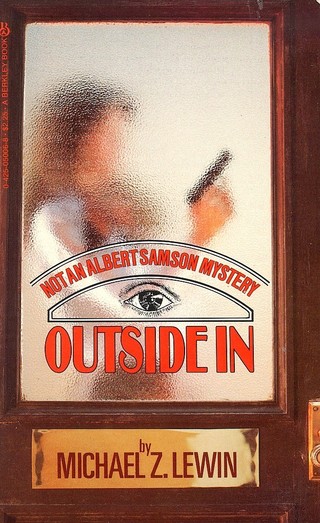 Look carefully at the arch above the title to see how publishers can try to pretend a stand alone book is part of a series. 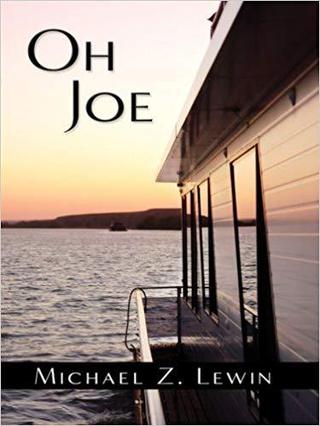 Alone on a houseboat in the middle of Geist Reservoir near Indianapolis, whatever could go wrong?

This was the British paperback edition.

UNDERDOG, AND BABY WILL FALL (CHILD PROOF in the UK), OUTSIDE IN and OH JOE.

These novels are all set in Indianapolis. The first two include characters from my other Indy series but OUTSIDE IN and OH JOE stand alone.

UNDERDOG’s central character, Jan Moro, is what you and I might call homeless but he wouldn't use such a word himself. He thinks of himself simply as an entrepreneur who travels light – free of the encumbrances of mortgages and house repairs and taxes the rest of it.

But one thing Jan does have is an ear for a story. He sees life as a series of stories to be heard and a stories to be told. He's a lot like a fiction writer that way. And he also has a quick eye for a profit-making opportunity, and one of those situations is what gets us going in this book.

In the “Boston Sunday Globe” Geoffrey Stokes wrote, “But be of good cheer, brothers and sisters, for a new Michael Z. Lewin has arrived. For…[years] Lewin has been quietly turning out a remarkable series of distinctly skewed detective novels set in Indianapolis. In the process, he’s developed a terrific repertory company, some of whom play significant roles in his latest, UNDERDOG… [Jan] Moro’s daily life is beautifully and unsentimentally captured, and the plot is Lewin’s usual surprise stew. So I would like to say that Lewin’s virtues have long been undervalued. He is as witty as Robert B Parker, as ingratiating as Sue Grafton and as crafty a plotter as either. Unfortunately I can’t… [because] the quote it lifted from a Washington Post review of a previous Lewin effort.”

AND BABY WILL FALL focuses on Adele Buffington, who is a social worker. For six novels she was the nameless woman friend of PI Albert Samson, so I figured after that long she deserved a novel of her own. She also knows Leroy Powder.

Although the book received a lot of positive attention its first editor - at Morrow - hated it. He said that women would never use language like Adele does, and that a woman in a steady relationship would never be attracted to another man.

Here's what Marilyn Stasio said about it in The New York Times:

"Quietly, women authors have been introducing to the amateur mystery female sleuths who do more between adventures than get their nails wrapped. Now comes another sleuth, created by a male author, who can stand tall in this gathering crowd. Adele Buffington, an Indianapolis social worker, conducts herself like a mensch. She shows courage when a hulking intruder steals privileged information from the agency where she works. She uses her brains and initiative in linking the break-in to a larger pattern of events that includes, in addition to the murder of a fellow social worker, the criminal victimization of people who are too young, too old, too unsophisticated or too stupid to protect themselves. The caring heart that she wears on her sleeve also puts her in the same compassionate company as Lieut. Leroy Powder and a private eye named Albert Samson, the heroes of Mr. Lewin's two other Indianapolis crime series. For a while, it looks dicey when he sets his new heroine off on a romance with Homer Proffitt, the police detective who is assigned to the case. But, to Mr. Lewin's credit, he uses the partnership primarily for the contrast it offers between the feisty social worker's urban liberalism and the down-home cop's 'country wisdom.'"

In OUTSIDE IN, Willy Werth is a detective novelist. But the core of the story of this book is watching Willy get involved in a murder that happens in his real life. I was interested in the contrast between how he would handle reality, compared to how he dealt with things like murder in his fiction.

In fact the book originated when a high school friend of mine was murdered. I found myself thinking that I ought to do something. Pathetic: who was I? A writer who lived an ocean away. All I could do was, eventually, write this novel.

Joe Prince's story is one of an attempt at self-improvement.  It began as a short story, but kinda grew, which seems to happen sometimes.  One of the bits I like best in it is an ID parade set up for a dog.