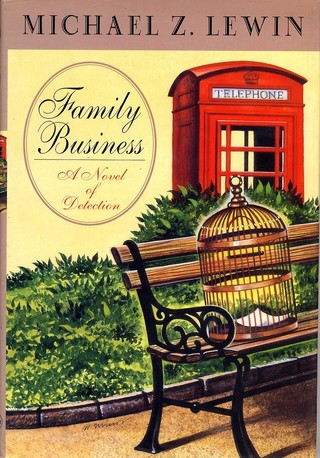 This is the US hardback of FAMILY BUSINESS. 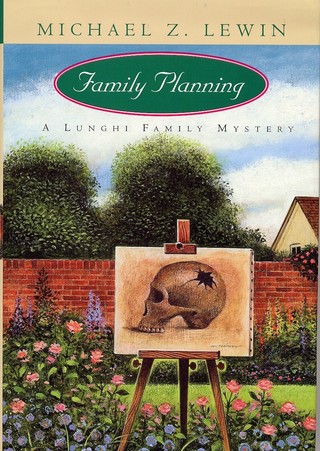 And this is the US hardback of FAMILY PLANNING.

The US hardback of FAMILY WAY.

"Mordantly funny, beguiling in the extreme," said Booklist when the second novel about the Lunghi family of private detectives was published in 1999.

When I began to write about the three generations of Lunghis living and working in the same building in Bath, England, I’d never heard of any PI stories involving a family of detectives. Neither had Carol Harper reviewing the first novel, FAMILY BUSINESS. In Deadly Pleasures she wrote, “I can think of no other series, anywhere, which features a family which owns and works from a private investigation firm.”

Being different doesn’t necessarily make it good, of course, but a lot of people do like the series. John Coleman in the Times in London, for one: “How these [plot elements] are connected and what the brilliantly characterised Lunghis, from the Old Man down to the school kids, separately get up to is very much the extremely funny Lewin’s business. Totally beguiling, with the lightest of dry touches.”

There were other nice reviews in the US and UK, but you get the idea. No blood and guts, but I work hard trying to make what seems light-hearted have darker undertones, if you care to listen for them.

As of now there are nine Lunghi short stories. The first six are collected in THE RELUCTANT DETECTIVE, two appeared in Ellery Queen's Mystery Magazine and Alfred Hitchcock's Mystery Magazine. and the most recent is in the anthology MOTIVES FOR MURDER, published to celebrate the 80th birthday of Peter Lovesey.