"Lewin writes with style and sensibility and wit.  He has a fine poetic sense of detail that lights up every page."

"Lewin is an expert, tough, hard-bitten juggler of stories."

"[Lewin] is incapable of the hackneyed, the clichéd, the pretentious, or coarseness, or of inessential detail.  [He] writes… with freshness, exactitude, precision and, always, with economy."

"In the several days during which Mr. Lewin allows us to share his long waking hours, Leroy Powder becomes exhilaratingly alive."

CALLED BY A PANTHER (Winner of a "Marlowe" in Germany)

"…so amusing, the wonder is that it also works so well as a thriller… Fast, funny and brilliant."

AND  BABY WILL FALL (Adapted for television in Japan.)

"Adele Buffington… conducts herself like a mensch.  She shows courage… [and] uses her brains and initiative…"

"Mordantly funny, beguiling in the extreme."

"…one of those… books that leads you to shut off the TV and enjoy reading again."

"Totally beguiling, with the lightest of dry touches."

CONFESSIONS OF A DISCONTENTED DEITY

"Confessions is a joy and I'm sure it will entertain everyone lucky enough to read it, bishops, priests and born-again Christians included.  Rabbis too.  There's such good sense and wisdom at the heart of this wonderful romp through heaven and earth.  The brilliance is that while we are treated to such fun with a God learning to be streetwise, the story is rooted in good theology.  I hope He will return."

The beginnings of two relatively recent stories are below in the middle column.  The first was published in The Strand, the next in Ellery Queen's Mystery Magazine. Did you know that EQMM is available on Kindle? 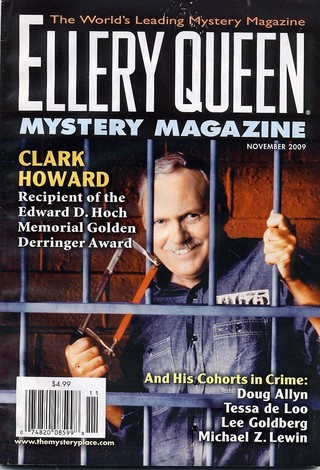 Here's EQMM of November, 2009. Click here to go to the magazine's site. 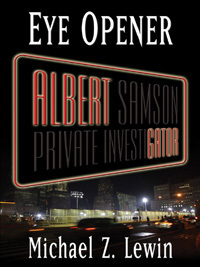 Check out The Reluctant Detective on Crippen & Landru by clicking here. 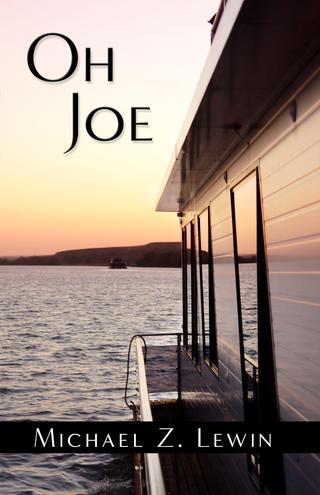 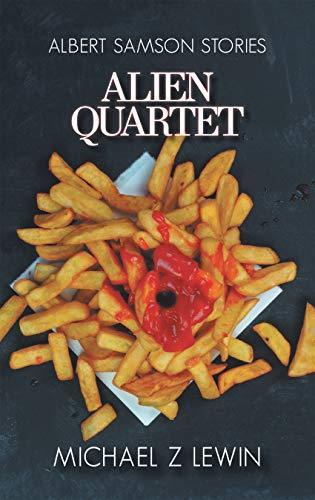 CONFESSIONS of a DISCONTENTED DEITY 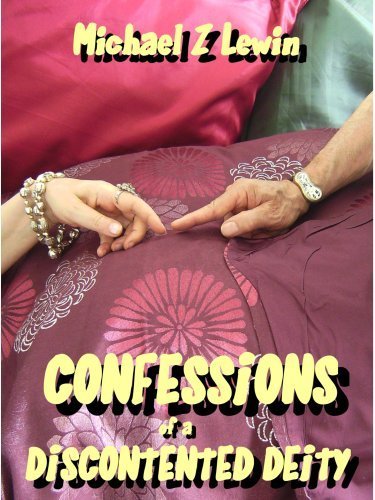 ANYTHING TO WIN by Michael Z Lewin 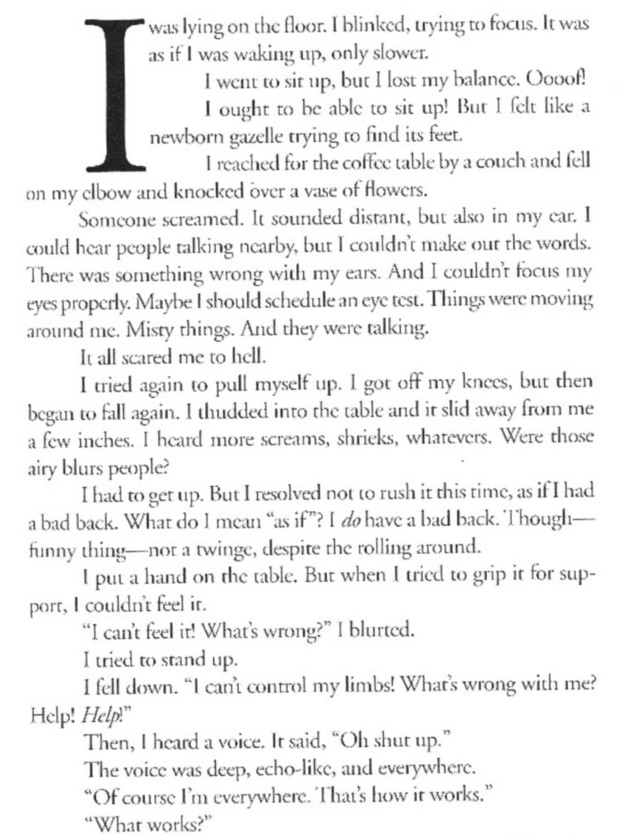 Here is how the story nominated for Best Short Story at the annual thriller conference, ThrillerFest, begins. The editor of The Strand has told me he'll try to make it possible for you to buy a copy of the magazine. Meanwhile, if you want to check The Strand out, click here. 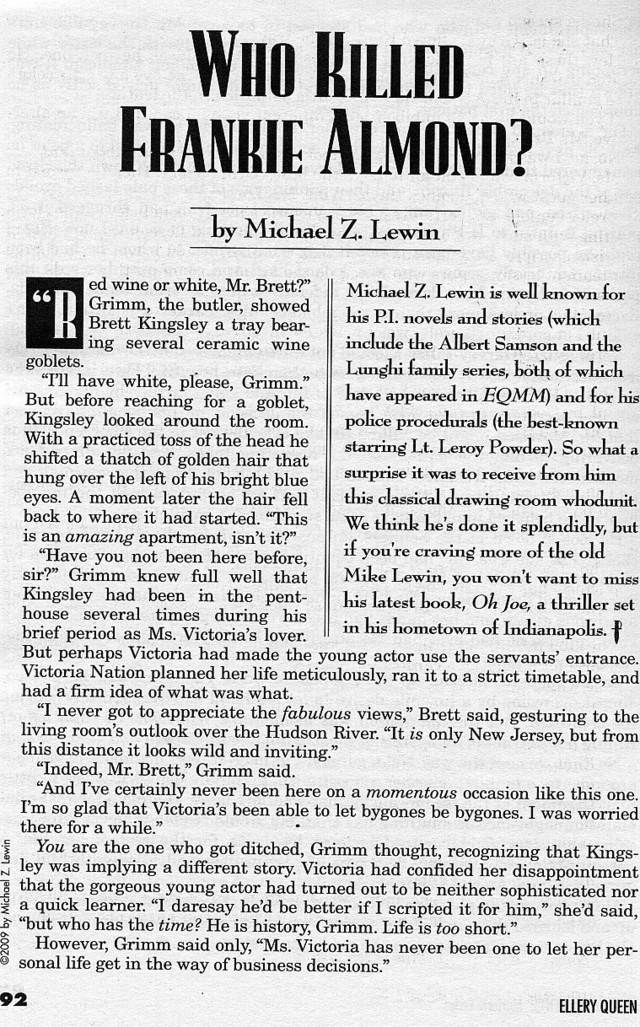 This story is unusual for me - as you'll see above. It's a kind of locked-room cosy mystery.

EYE OPENER and the earlier Albert Samson novels - ASK THE RIGHT QUESTION, THE WAY WE DIE NOW, THE ENEMIES WITHIN, THE SILENT SALESMAN, MISSING WOMAN, OUT OF SEASON, CALLED BY A PANTHER

At the end of CALLED BY A PANTHER Albert Samson lost his licence to be a private detective. It happened because he failed to cooperate with the police - in the person of his high school friend Jerry Miller - as the police thought he should be. It's taken him years to be reinstated, which is where EYE OPENER begins.

The first seven Samson novels were published between 1971 to 1991. All are narrated by Albert Samson as he deals with cases brought to him at his various premises in Indianapolis.

THE RELUCTANT DETECTIVE and Other Stories

This collection includes two stories that were nominated for Edgars, as well as a Leroy Powder story, all six Lunghi family stories, and the two stories I've published in which Dan Quayle is the crime-buster. There are long stories, short stories... There's even one new story - "Mr Hard Man."

There are also notes on the stories and an introduction that describes how I got into writing, crime writing, and short stories.

Leroy Powder was the second of my major Indianapolis characters. But in all the books many characters originally introduced in other Indy novels also appear. The second in the series, HARD LINE, won the "Falcon" for "Best Foreign Novel" in 1987 in Japan.

Three generations of an Italian family work in their family business - a private detective agency in Bath, England. And where does a lot of the work get done? Over big family dinners, of course.

I started writing about the Lunghis in short stories, but they grew on me and into the novel, FAMILY BUSINESS. The first six short stories about them are collected in THE RELUCTANT DETECTIVE.

UNDERDOG, AND BABY WILL FALL/CHILD PROOF, OUTSIDE IN, OH JOE

Jan Moro, the narrator of UNDERDOG, is what you and I might call homeless, but he doesn’t think of himself that way. In his own mind he's just an entrepreneur who travels light – free of the encumbrances of mortgages and house repairs and taxes and the rest of it. But he's also a man for whom stories are important. He deals with the world through the stories he hears and the stories he tells. Kinda like a writer, I'd say...

In AND BABY WILL FALL, social worker, Adele Buffington, (who is Albert Samson's otherwise unnamed woman friend) has problems at work and problems with her personal life. The book was called CHILD PROOF in the UK. After six books with Samson, I figured she deserved a book of her own.

Willy Werth, in OUTSIDE IN, is a mystery writer on whom a real life murder intrudes. He finds fact a lot harder to handle than fiction and, in turn, he uses fiction to help him handle the fact - the book alternates chapters of Willy's life with chapters of the novel Willy is writing.

Joe Prince, the narrator of OH JOE, means well - he really does - but he's always found it hard to spend nights alone.  So, in an effort to become more mature and a better person, he agrees to look after a houseboat while his girlfriend, Kelly has to be away.  All alone on a reservoir...  What could go wrong?

I wrote this historical novel exactly as I'd write any other book, but the fact that a young woman is the central character encouraged Holt to publish it as a Young Adult book (NB those 5 star reviews on Amazon...)

It is set between the years of 1826 and 1895 and the action occurs in many parts of the US, in London, and on the high seas in between. There's a lot about 19th Century baseball too, in both the US and UK.

ROVER'S TALES, with illustrations by Karen Wallis, was published by St Martin's after an editor there saw the PawPaw Press edition of nine of the stories, TELLING TAILS.

There is also an anabridged audio version of ROVER'S TALES - in which I read the stories - that was brought out by Blackstone Audiobooks.

Rover is a stray dog who narrates the very short stories in these books. They describe his adventures wandering in a city (Indianapolis, though he doesn't know it) one summer. He finds a lot of dogs in trouble, and tries his best to help them out.

THE NEXT MAN and HOW TO BEAT COLLEGE TESTS

One day I got a film script in the mail. Somebody wanted me, all right, but not for my acting abilies. Instead I was to write a novel based on the story that other people were writing and filming.

HOW TO BEAT COLLEGE TESTS does what it says on the package, but it was also a subversive book, as I explained in the final section.