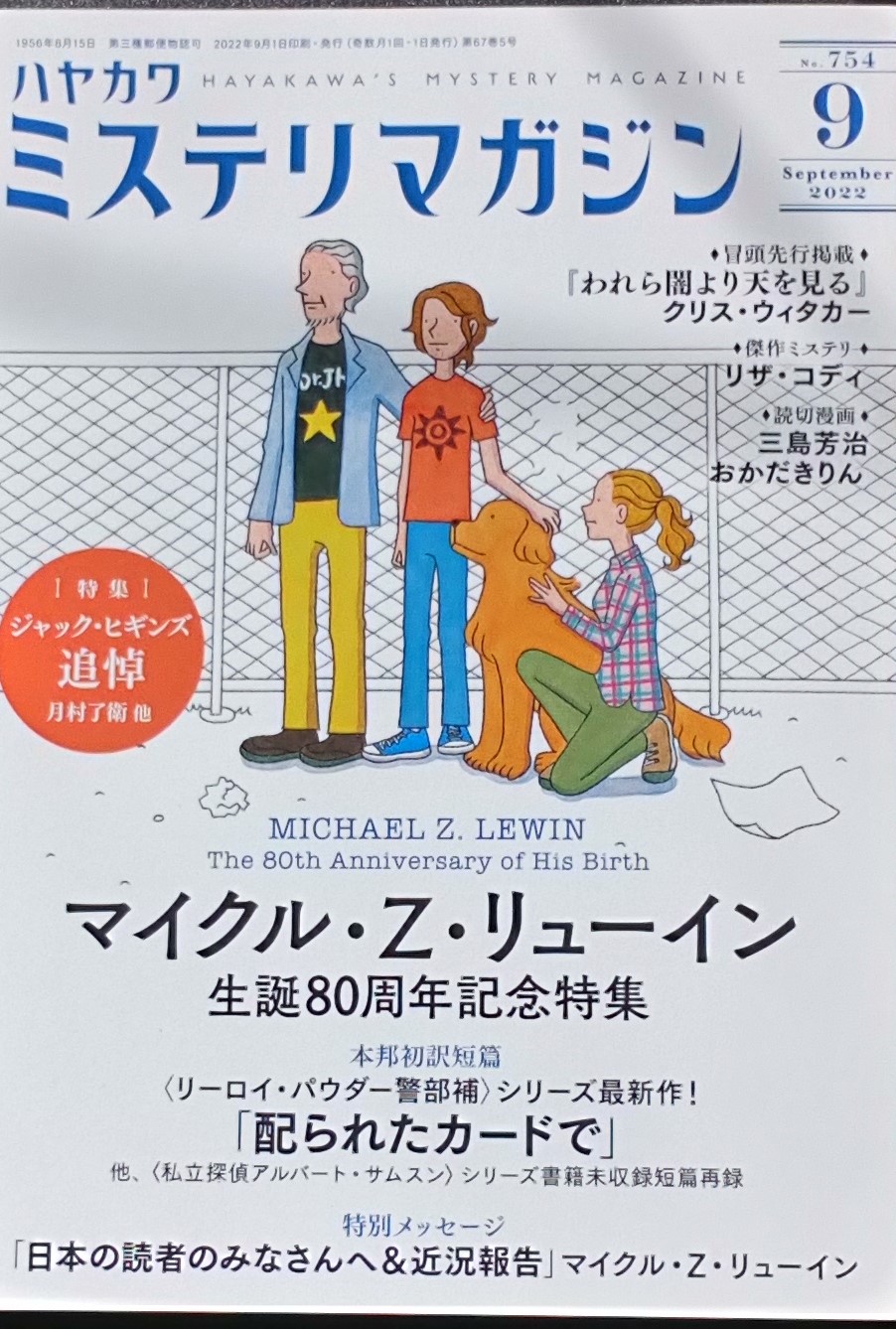 The front cover of Hayakawa's Mystery Magazine for September 2022.

I'm pleased to share the news that the September 2022 edition of Hayakawa's Mystery Magazine (in Japan) is featuring me and my work, marking, as it says on the cover, "The 80th Anniversary of His Birth."

As well as a newly translated story, there are critical comments and an article by my brilliant translator, Toshiki Taguchi.  There's also a message from me for my Japanese readers.  The company, headed by the amazing Hiroshi Hayakawa, has supported my work since the early '70s.  It is now also publishing my latest novel, Whatever It Takes.  (Also available in English...)

If all that's not enough, the magazine also includes a wonderful story by my partner, Liza Cody:  "When I'm Feeling Lucky" is otherwise only available in English in her story collection, "My People."  Who but Liza would write haikus for a story to be published in Japan?

Readers in English might like to know that there is now a paperback of my novel, "Confessions of a Discontented Deity."  This has previously only been available electronically (many thanks to those who've read it and commented on it) as well as in Japanese.

Also fresh off the presses is a short story in Ellery Queen's Mystery Magazine.  It's called "2 4 6 8" and is set in an American High School, and among cheerleaders.  Obviously right up my street… not.  But I hope you like it if you read it.

It's been a weird summer in Bath – warm and dry early, then cooler and wet, before going on to provide the driest August in English history.  My sweetcorn crop has been late...  For myself I trundle along, working daily on a new novel – crimey this time.  It doesn't have a working title but Liza and I refer to it as "Dawg."  Stay tuned for completion/publication information.  I'm confident at least of the first of those.